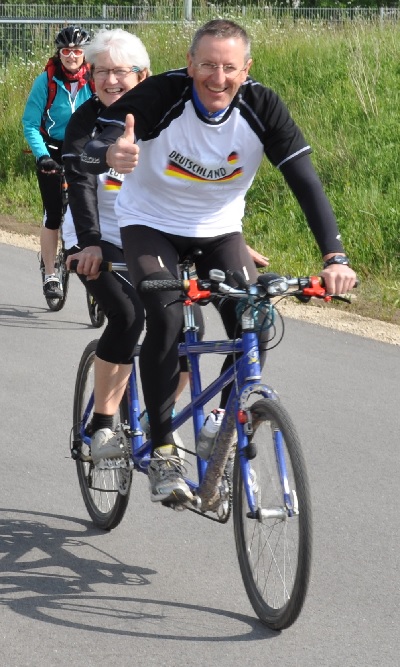 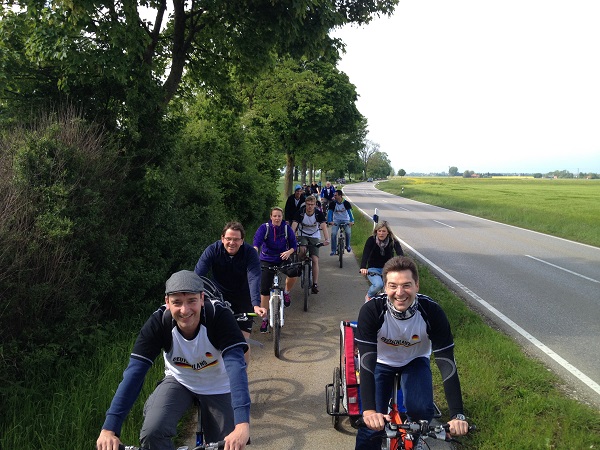 On Sonday, the 18th of May 2014 most of the employees of the company GEWO Feinmechanik GmbH made a traditional bicycle tour. There was a really nice weather.
Mr. and Mrs. Woitzik sponsored T-shirts for the employees to have a better cohesion of the team. Overall there were 80 people on the bicycle tour.
Overall there were 80 people on the bicycle tour. On this tour there were also the family members of our employees within. Even the little children were in the bicycle-trailer. There was a small distance (ca. 18 km) and a large distance (ca. 30 km). We are very happy because there was no accident on this tour. To have a little break the people had a meal at the „Gasthaus Lindenwirt in Bergham“ at 3 o’clock.
Subsequently, the twotoursmoved back together in the directionplant 2of the company. There were a lot of treats from the Cateringservice, as well as different salads and desserts. The day ended in a comfortable round.
The managment wants to thank about the numerous salads.
Mr. and Mrs. Woitzik were really pleased about the participation of so many people. 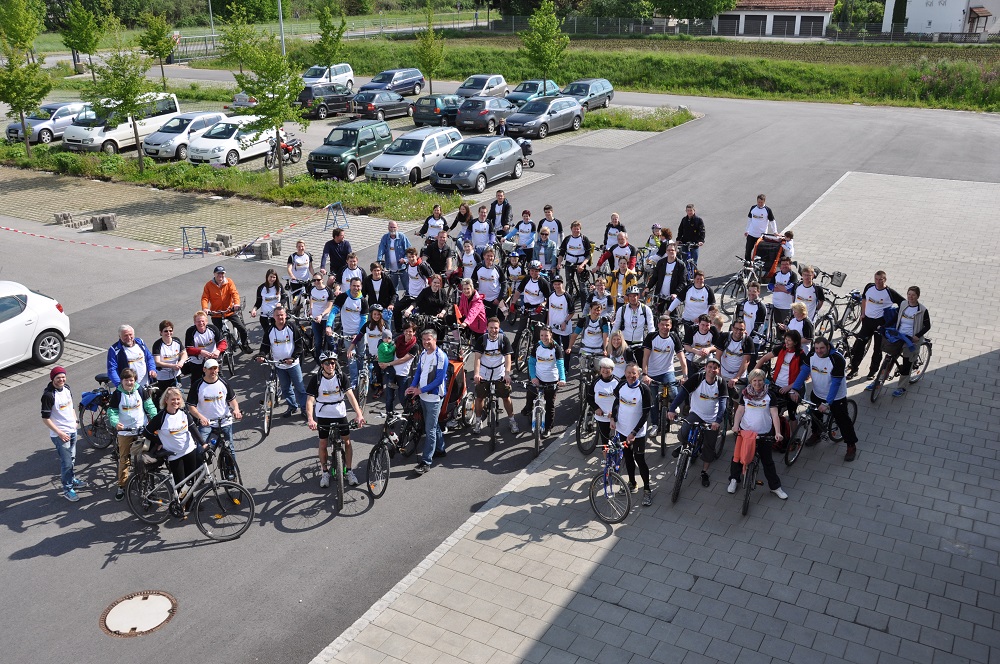